Learning to love Nix (even though I previously badmouthed it), feat. Lisp and Python

Even though nobody really reads my posts, I want to dedicate this one to my now former colleague, Rai.

This blog post is written as a noob, for noobs. Nix and NixOS are really great, it’s just the docs are a bit lacking. It’s getting better, and hey, I did contribute to the docs, so I’m not all about bitching.

If you follow my LinkedIn1, you’ll notice that I more-or-less recently left my Haskell gig and joined a “local” company, to write Common Lisp.

This was a pretty good move, I reckon, as I’m quite happy here. We love our code, we treat it nicely, the office is a short 50 metres away from the beach, and folks there are not just smart, but also very professional and quite cool.

So as I sat down on my first day, I was given a CD that said “Ubun..”, or something of the matter, as I didn’t bother reading the rest. I had a USB drive and my laptop, and had to choose what OS I was going to install on my work machine. I had narrowed it down to Arch Linux and NixOS. I chose NixOS, in a kind of “let’s try it out” mentality.

Yes, that right there is me badmouthing stuff. My humor is uncomprehended, but basically what I meant to convey was: “I don’t have time or hard drive available space for all this fanciness, and on top of it I have to learn it, so this sucks”.

Well, after using NixOS for about four months, I’m gonna blog about it because right now I can’t imagine a better work machine than the one I have now.

Using it the wrong way

I followed a simple tutorial, managing to get to a blank screen with i3 installed, and not much else. I fought my way through the i3 config and then had two simple tasks at hand:

I downloaded alisp from our company repository, and did a little thing like

So I had a binary with me, and couldn’t run it, because the interpreter (the dynamic linker) wasn’t found on the system, and this particular binary had been compiled under the assumption (a pretty good assumption, mind you) that all Linux-based users would have that linker in that location.

I won’t bother you with why NixOS is set up like that, the philosophy of it and why it’s set up in such a way is easily found in Google by plenty of smarter folks.

It was my first day and I wanted to leave stuff running, at the very least, so I took the fast road, I googled the error and found myself a nice utility used plenty in the NixOS ecosystem: patchelf.

This allows me to effectively patch the ELF:

So, I managed to get that working.

Using it the better way

So I started hacking and started using NixOS, happily going through some stuff, but it’s not enough to be patching things, and I quickly ran into another issue: I was to refactor some Lisp code that calls some Python code, and when I went to run that Python, obviously it didn’t work: I didn’t have the dependencies installed.

So I quickly scanned the project files and saw all the imports. Something along the lines of find . -name '*.py' | xargs head -20 | grep import | sort | uniq gave me a list of roughly what I wanted, and then took to the trusty nix-env -qap to ad-hoc install all those dependencies.

But then I thought, “Wait…” 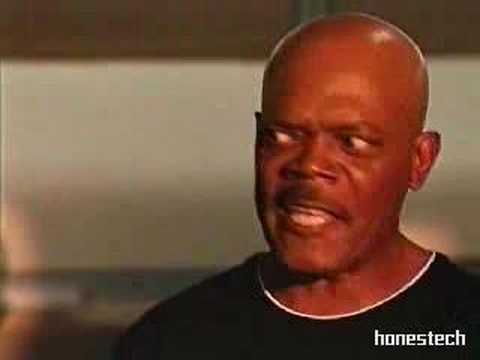 I was using the one distribution made almost specifically to not clutter your machine with random, ad-hoc, and only-once-necessary software. Maintaing my cluttered system has always been a pain, and I wasn’t using this thing the right way.

I wrote a default.nix file that was minimalist in nature:

I fired up nix-shell and behold! I could run the software.

Specifically the nice thing is the pythonPackages part (and it doesn’t stop there, there’s plenty of other “packages”, like haskellPackages, and lispPackages!).

But, then again: software is garbage, and fragile, and things break when not enough love is put into it. And upon running the project further, stuff broke down the pipeline.

Determine all your dependencies

As it would turn out, the software was doing some nasty things like

Now this isn’t a Python dependency, but an executable that needs to be somewhere in my $PATH such that the Python can “see” it and execute it.

Luckily for me, the change to the above default.nix file was pretty much immediate:

It’s just a matter of adding gzip and friends to the buildInputs! Now I just fire up again nix-shell and all those system dependencies are available for me. 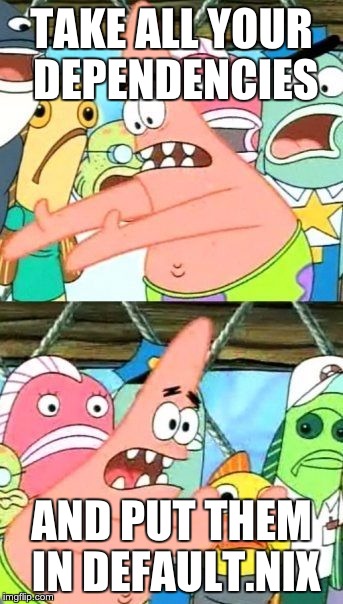 default.nix all over (for your friends and colleagues)

You know the better part of doing things like this? Now some of the READMEs at my current job look like this:

Now a team member who might also have the good sense to use Nix could skip all the work I had to do and just run the software, and make his or her quality of life substantially better.

Again, I’m a lisper. I was using a hacked alisp version (which, btw, I’ve now properly default.nix-ed). However since I did partake in some Python projects, I did encounter some issues when running Emacs, particularly some complaints about “Anaconda Mode” (okay, I use Spacemacs). A former colleague recommended I run emacs under a nix-shell. And now I have something that looks like

And, as you might imagine, my /home/carlos/bin/ folder is full of scripts that simply fire up different nix-shells, all with different types of inputs.

At the end of the day, my “visible” system is still, pretty much: 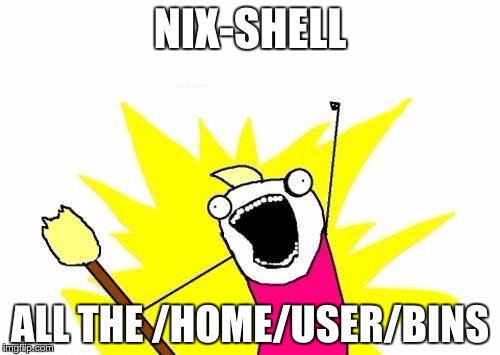 In short, what I want to transmit through my endless rambling is:

I have to be honest, I’m going through a Stan Smith moment. I always liked My Morning Jacket, but lately it’s an obsession. I have the Okonokos vinyl, and it’s amazing, to say the least.

As always, any and all changes to this post are here.